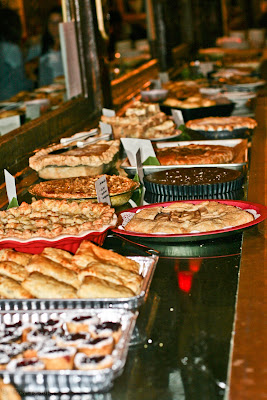 Last week I took a trip to New York City to eat pie. Over 70 food bloggers,cookbook authors, chefs, bakers and food writers gathered at The Rodeo Bar for Pie Party Live. Thanks to the wonderful planning by Ken of Hungry Rabbit NYC and Jackie of The Diva Who Ate New York, Pie Party Live was awesome.  If I pictured what it would be like in heaven as a food blogger, this might be it. Imagine spending the afternoon with 70 kind and knowledgeable foodies with all the pie you could eat. Here is a picture of our wonderful hosts. 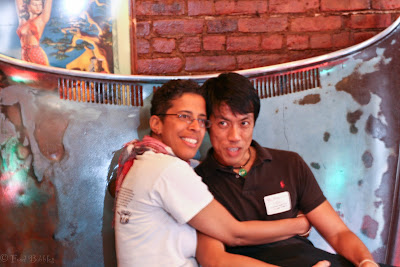 The pie we ate was not ordinary. It was extraordinary homemade pies, both savory and sweet.  There were savory quiches, hearty empanadas, savory tarts with bacon, pot pies, cheesy pies and savory gluten free pies. There were apple pies, chocolate tarts, pies with meringue crusts, sweet pear and cheese pies and heavenly creamy pies. It was pure pie heaven. Take a look at the pie parade. 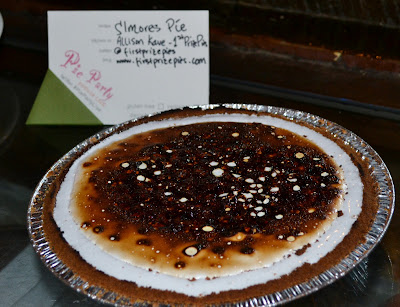 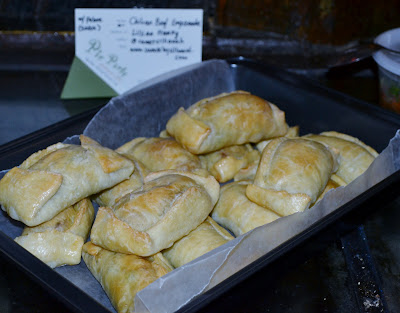 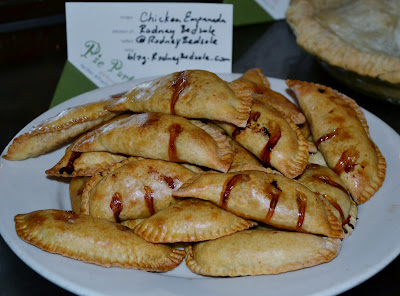 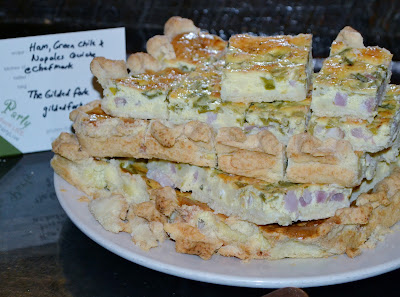 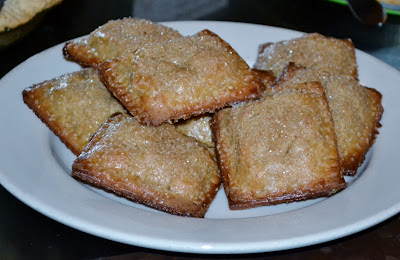 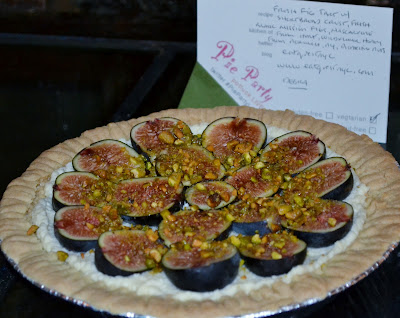 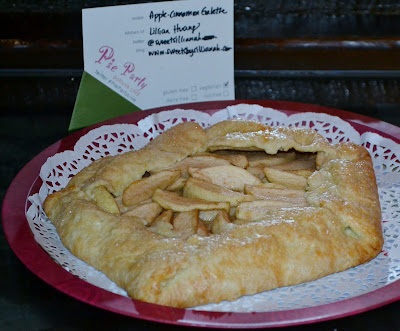 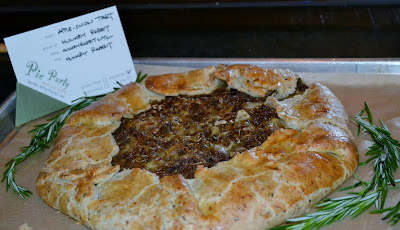 Am I making you hungry for pie? Not only was the food great, there was plenty of priceless conversation. I made some new blogging friends and was able to see some old friends. I love talking about food!

One of the best parts of the day was meeting Kate from Food Babbles. We have known each other from blogging for several months now but had never actually met in person. We had made plans to meet on the train on the way up to New York City.  I got on my train stop first then she was going to join me at a future stop. I knew it was her right away when I saw this cute little pregnant girl walking through the isle carrying a home made pie in her hands. And a delicious pie it was! It was a pear and apple pie with a Gruyere crust. Kate is a die hard pie enthusiast. She is eight and a half months pregnant but still insisted that she go to Pie Party Live. And I am so glad she did! 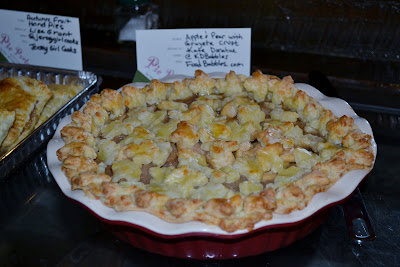 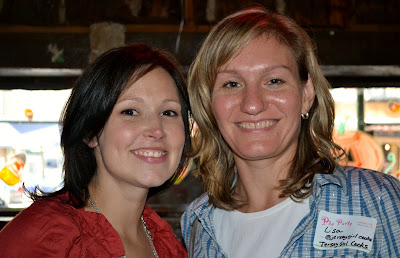 After noshing on pies for a few hours, Rodeo Bar brought out some food for us to see and try. Unfortunately, I had no room. The food looked delicious and I plan to go back and try it another time. I didn't taste the food but I did get some delicious looking pictures. 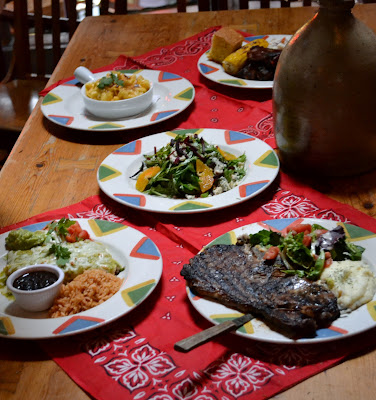 If you are wondering what type of pie I brought, it was Itty Bitty Concord Grape Pies. Basically they were a mistake that happened. I will post the recipe later this week as you probably have had enough pie talk for one day. But here is a little preview of what they looked like. 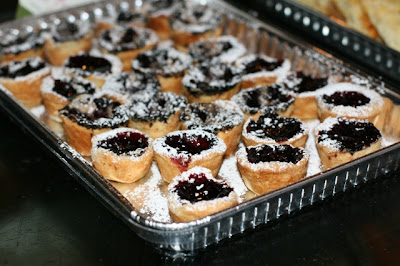