Have you ever visited the NYC Easter Parade? It's a popular New York tradition that my family loves to go to. It's a low key parade where people wear bonnets, bring their pets and an all out fun experience. 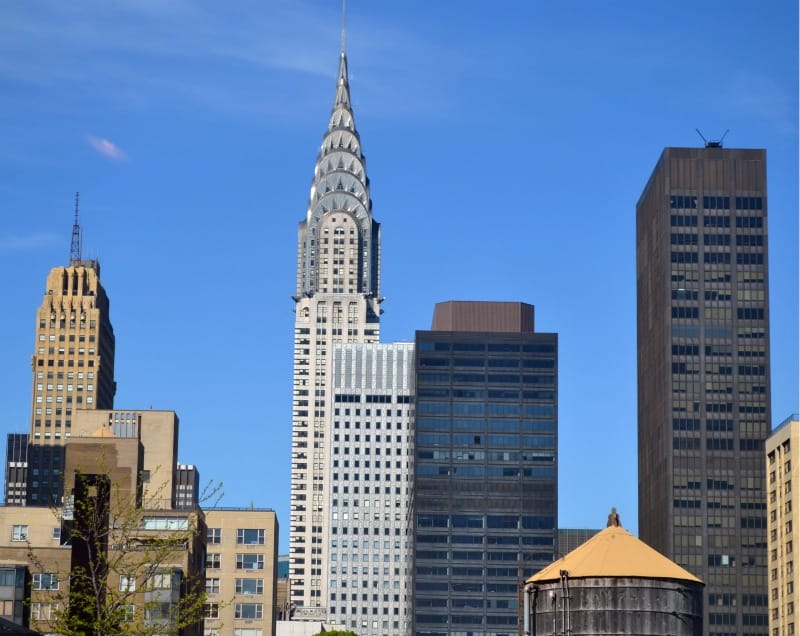 This past weekend, my family and I took a trip to NYC.  We only live about two hours away but there is nothing better than staying a few nights to explore the city. There is no other city like it. If you like to people watch, this is the place to be. And if you like food as much as I do, you will be in pure bliss.

The hotel rooms  in NYC  aren't very big but I found a great deal at the Affinia Dumont and we had a very nice suite. The picture you just saw was the gorgeous view of the Empire State Building from our window. I love Affinia Hotels!  They are especially great for a family since the suites also have a small kitchen.

I especially love New York at Easter time. The NYC Easter parade is one fun experience. It is not like your typical parade with floats. It is an informal parade where people walk down the street wearing hats, costumes or barely any clothes. Just as we were looking at a pretty Easter bonnet, a group of exercisers literally hopped by on their trampoline type shoes. My kids wouldn't miss a group of people in underwear and bunny ears. 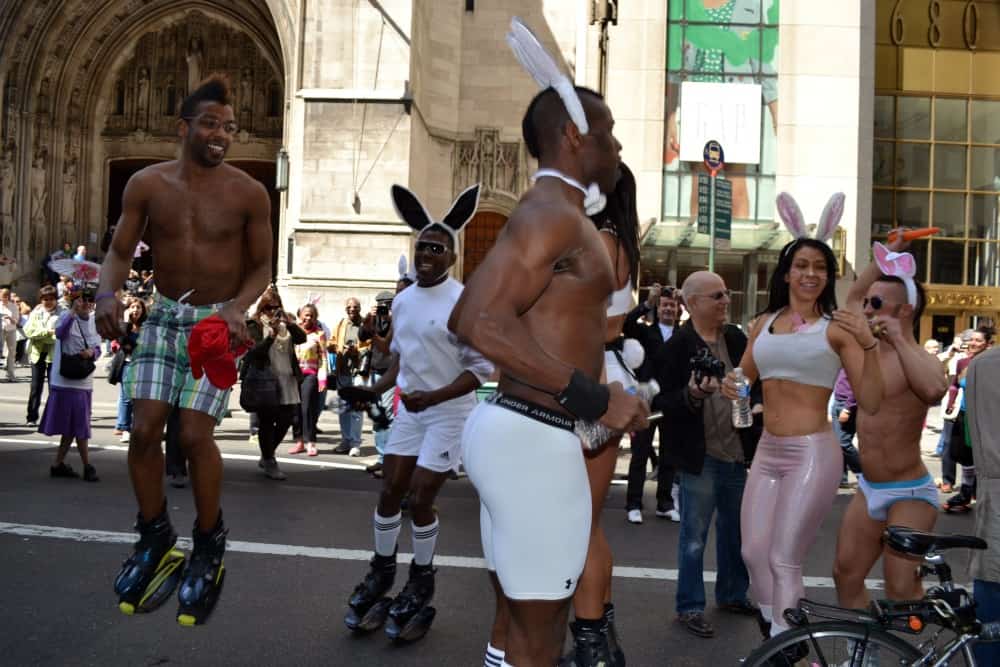 There were all kinds of  Easter bonnets.  Some were pretty and colorful while others were made out of subway tickets. There were a variety of costumes. We saw people dressed up in fancy dresses, as robots, hula hoopers, chocolate egg costumes and even the tin man. People did not forget about their dogs or pets either. Even the cute pups and kittys were dressed up. 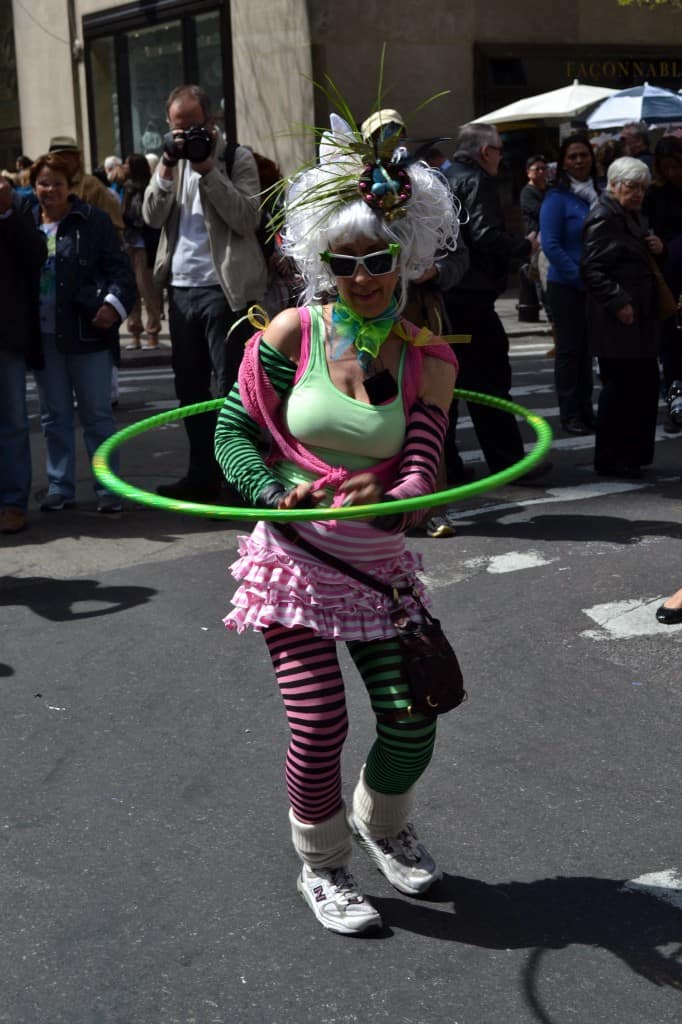 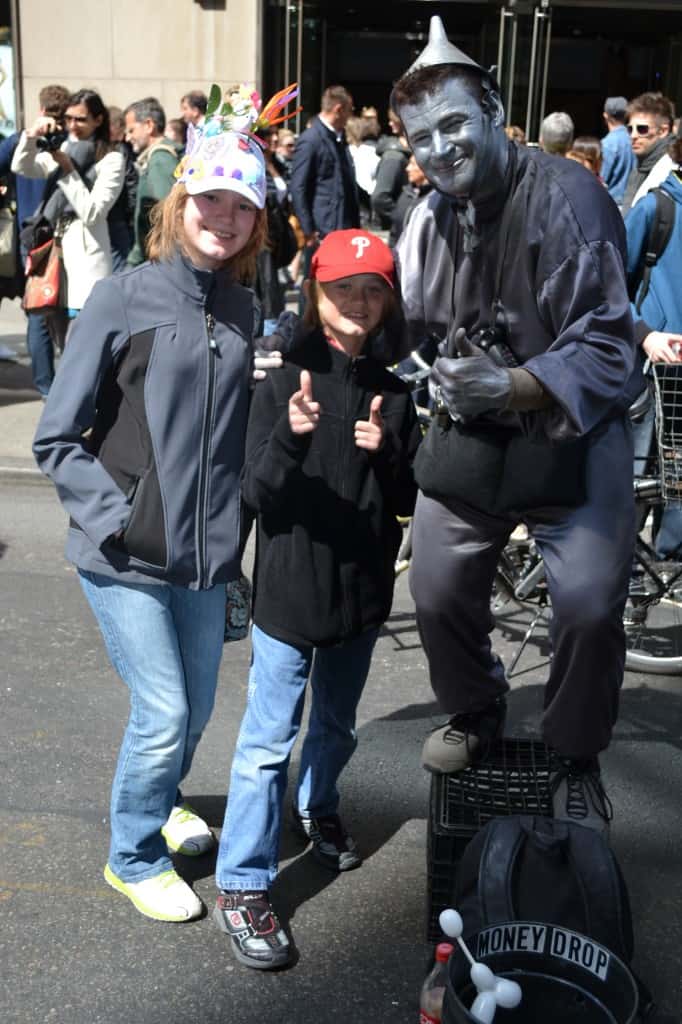 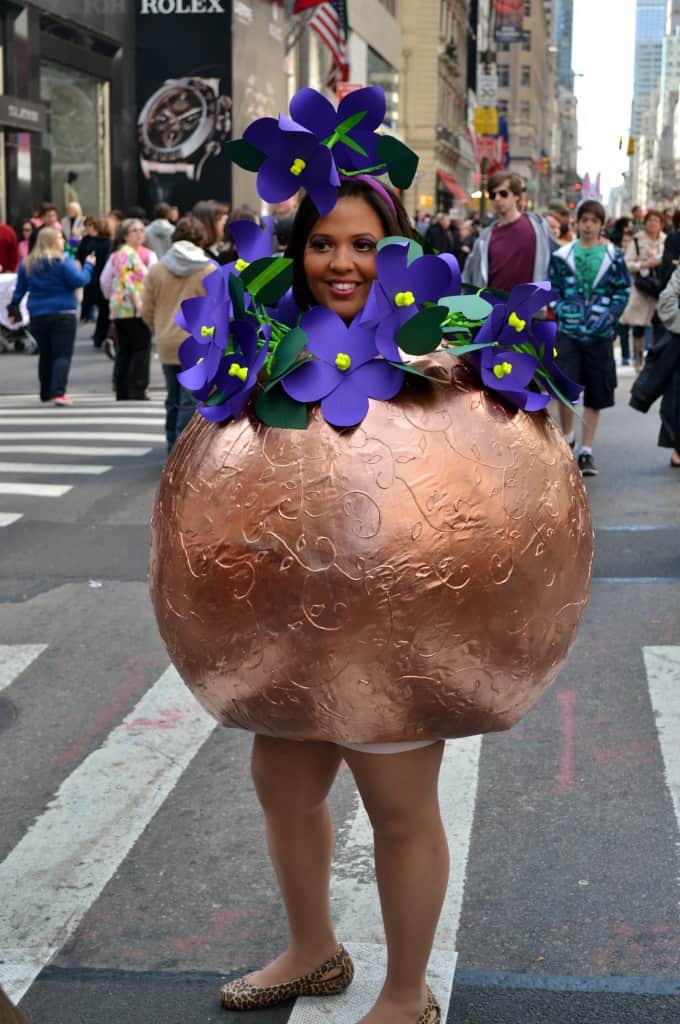 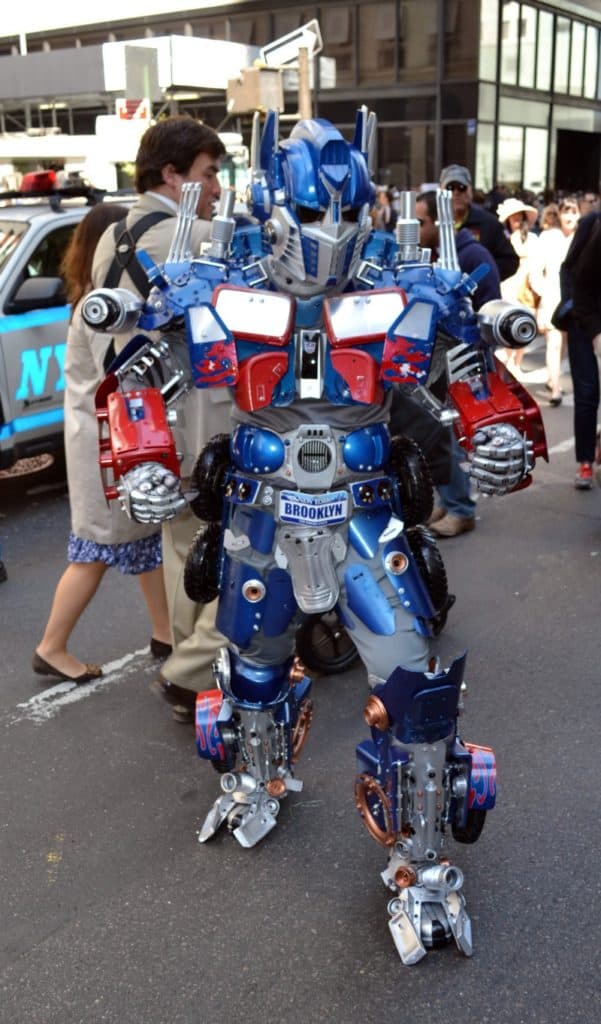 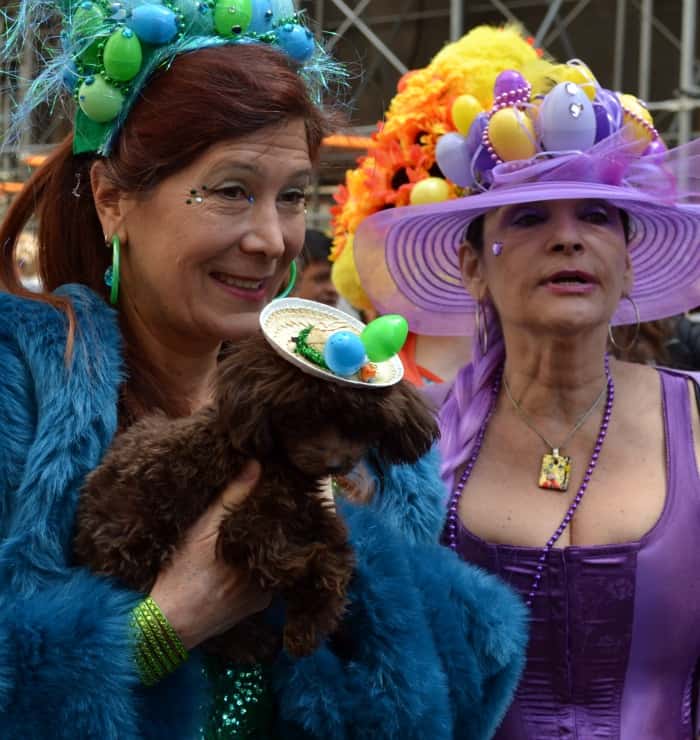 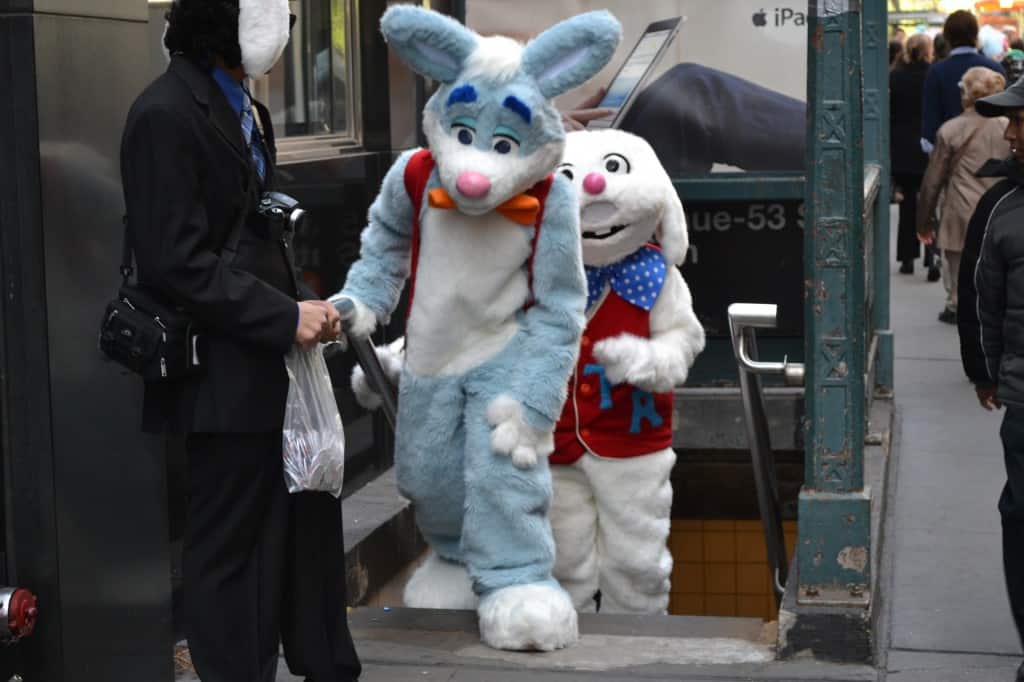 Stay tuned for more New York City posts.  We did some good eating while we were there. My foodie experiences included visiting some cheese shops, a pastry shop, a trip to Eataly and an amazing seven course tasting dinner at  Craft New York, which is owned by the talented Tom Colicchio. I am hungry just reminiscing about it!