Do you enjoy visiting markets? I do and visit them frequently. Here are some Lancaster Central Market eats from my most recent trip.

This week was spring break for the kiddos so we decided to take a little trip to Hershey, PA.  We were headed to the sweetest place on earth to see WWE Smackdown the first night we were there. Wrestling and chocolate? What could be better for my two kids?

I was making a bit of a sacrifice by sitting through 3 ½ hours of watching barbaric men grapple, slap and throw each other around a  ring.  But hey, I was doing it to see the big smiles on my kids ) faces.  Don't tell anyone that i told you this, but it was very entertaining. The other great thing is that Lancaster Central Market is on the way there and I, by no means, felt guilty making the family look at fresh produce, meat and cheese for an hour or two.

Lancaster Central Market is the country's oldest farmers market. It is in the middle of Pennsylvania's Amish country and carries things such as preserves, produce, smoked meats, poultry, cheeses, candy, bread, flowers, organic products and many other goodies. It is in a red brick building which is over 120 years old.  The market is filled with plenty of food as well as local character.

We tried many things and some of our favorites were the smoked meats and cheeses from S. Clyde Weaver.

My son loved the fudge from Pa Fudge Company. This might have been his favorite Lancaster Central market eat of the day. It was rich and delicious. 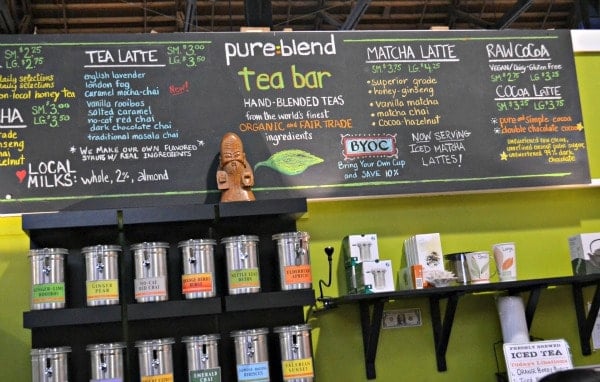 My daughter loved having a cup of tea at Pureblend Tea.

We bought a few loaves of bread from Thom's Bread. So fresh with no preservatives. 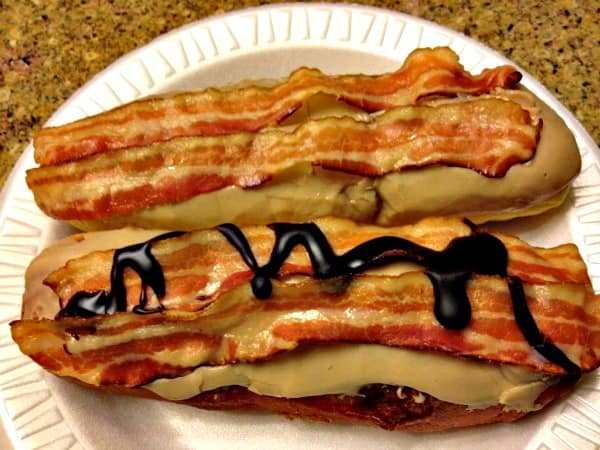 I think the best part of the day was trying a bacon covered long John donut from Shady Maple.  What could be better than a maple frosted donut with crispy bacon on it?