This is a recap of the Florida Keys Cook Off in in Philadelphia. 24 contestants faced off at The Walnut Hill College Restaurant School. I participated and didn't win but boy did I have fun! 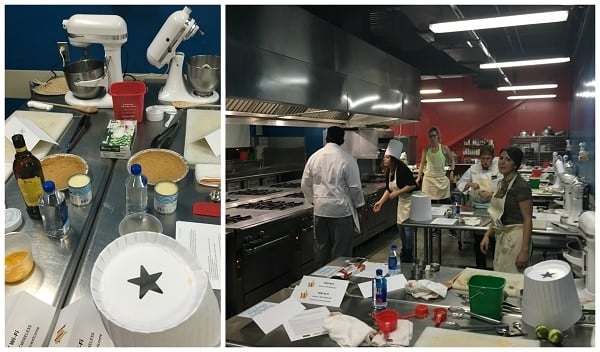 The weather in NJ has been cra-zeeeee! First we get 65 and 70 degree days in February. Then snow, ice and freezing cold has been here for the middle of March. No, I am not liking this cold at all.

I didn't win but boy did I have fun.  I also did some warm weather day dreaming along the way. My friend Colleen from Souffle Bombay took home the trip and won the cook off.  If you don't happen to win, it makes things much better when one of your well deserved friends does. 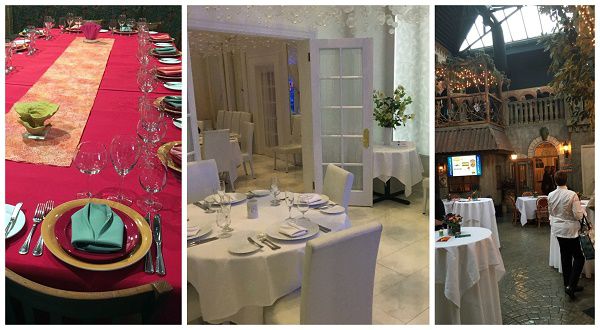 I arrived at the Walnut Hill College restaurant school to see that it was a beautiful place with several awesome kitchens. If I was a little younger (well maybe a lot younger), I would even think about getting a culinary degree there. There are four little restaurants and a pastry shop run by the students that are open to the public. 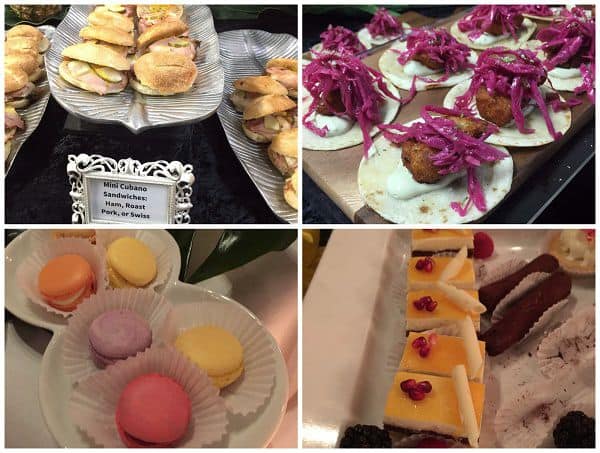 The restaurant school also fed us well as they had appetizers, a nice spread and desserts for us to nibble on during the cookoff.

Along with the cook off, there was also a cocktail contest going on. Four of Philadelphia's best bartenders competed and guests were able to try the cocktails. They were so delicious. In the end,  Seamus Banning of Vesper took the honors of winning bartender with his Black Pearl cocktail. It included dark rum, Fernet- Branca, grapefruit juice, lime juice, vanilla spice syrup and activated charcoal. 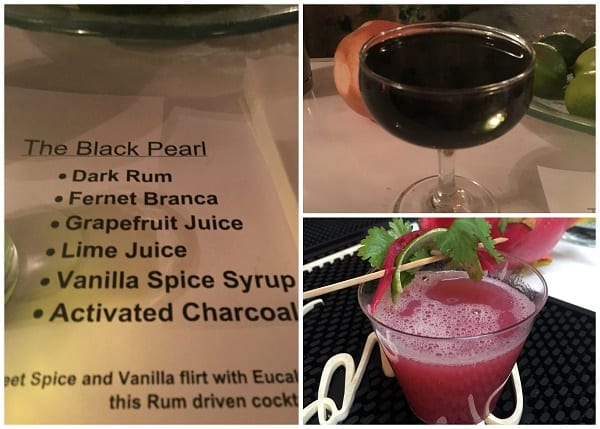 This fine event was run by Kory Aversa. I was given the instructions that I would have to cook two dishes with one being a key lime pie. I was also told to bring a secret ingredient to the cook off for the pie. More on my secret ingredient later. 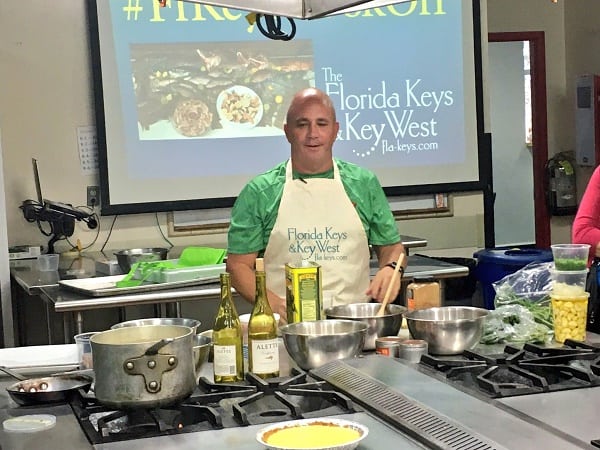 All the contestants were briefed and given some Florida Keys cooking advice by Chef Bobby Stoky who also was one of the judges in the event. We were given beautiful filets of yellowtail snapper and 50 minutes to cook this fish. There were many ingredients that we could add from the kitchen.  When I saw all the beautiful produce and ingredients, I think I got overzealous and decided to add a bit of everything. Not so sure that was a great idea but I will admit, my fish was cooked good. I think I might call this dish Key West Kitchen Sink yellowtail snapper.

For my secret ingredient in the key lime pie, I brought homemade sweet Sriracha lime pecans. I really liked the heat in my pie but the taste is definitely different than your typical key lime pie. I sprinkled them on the graham cracker crust and on top of the pie. The pecans are also good with drinks and I probably will be serving them at my next cocktail party. 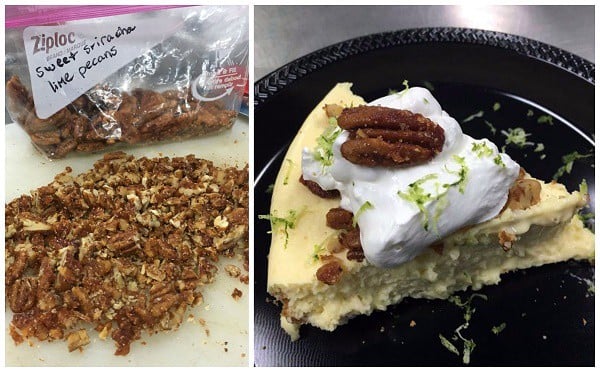 my key lime pie recipe on a plate

The people involved is what made this cook off really fun. I was able to see my food blogger friends Colleen , LeAnne and Linda as well as meet some new Philly influencers as well. I shared my cooking space with Chris Balbi from Philly Gay Calendar and he was so much fun to be cooking next to. Chris also won best fish dish in the cook off. He made a spicy mango chutney to go with his snapper. I loved his secret ingredient for his pie which was Kahlua. We decided that between the Kahlua and pecans, we could have a little cocktail party right at our cooking table. 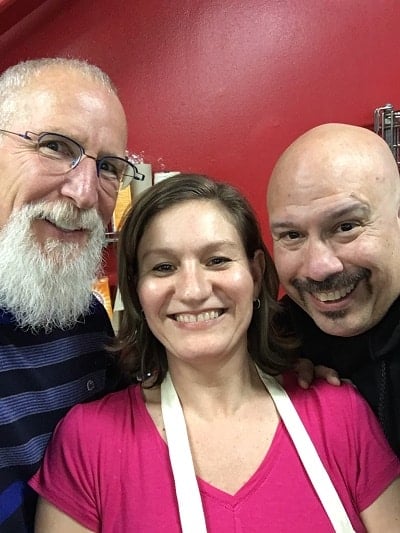 I also couldn't resist getting a selfie with Pat Croce and Tony Luke. Pat is now a Key West restauranteur and was judging the cocktail competition. They are both so much fun to be around and gave plenty of energy to the event.

I haven't participated in a cook off in a while and this taste just gave me the itch to want to participate in another one. Maybe next time I'll go easier on the ingredients though. After the cook off we were able to relax and enjoy the evening before they called the winners. 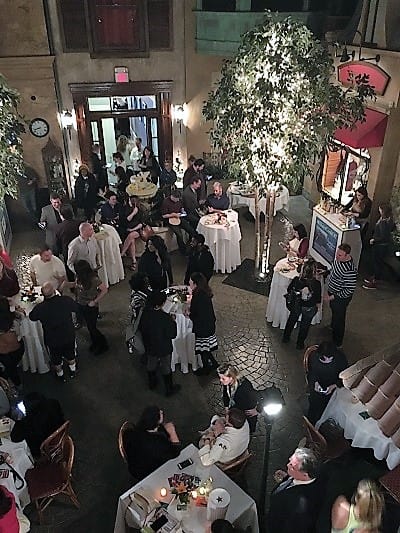 Thanks to Aversa PR and the PR folks from Florida Keys  for putting on a memorable event. The college of  Walnut Hill restaurant school could not have been better hosts and I thank them also.

You can also watch a video of the cook off.  Enjoy!