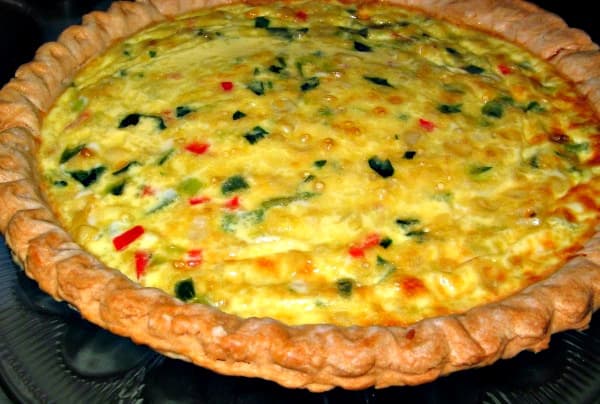 Remember the book "Real Men Don't Eat Quiche"? It came out in the eighties and led to the popular expression. I still occasionally hear someone say it. But why wouldn't a man eat quiche? Men eat eggs, cheese and pie so what's wrong with a piece of quiche? You could make one with potatoes, bacon, sausage or any other type of meat. Men love meat and potatoes so what is the problem?
Last night my ten year old daughter had a sleepover. Only a few friends were over but of course they were up giggling past midnight. They slept a little late this morning, so I figured I would have a nice big breakfast waiting for them. We went with the classic chocolate chip pancakes and I decided to make some quiche. I had a leftover cob of corn and my garden is just bursting with jalapenos. I thought the two would make a nice quiche combination. See the lovely jalapeno plant. 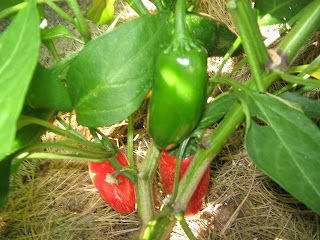 The girls liked it and I was thrilled to have quiche for breakfast. I have a six year old son that won't touch the stuff. It doesn't have anything to do with being manly. He is just a picky eater that eats with his eyes. Quiche is not in his vision. Now hubby won't eat it either. My husband is what you call a man's man. He works with all guys. He plays and watches any type of sport. He loves meat and potatoes. If he liked quiche, he would eat it even if someone told him real men don't eat quiche. Besides, he eats hummus. But he hasn't eaten an egg since he was a young child. He will eat eggs in cakes or other baked goods but refuses to try scrambled eggs or an omelet.
So here I am with half a leftover quiche. My daughter and I will have to finish it tomorrow. Don't get me wrong as I am not complaining. If you are a man reading this blog, please leave me a comment on whether you will eat quiche. I just don't understand it! If you tried this, I think you would like it. Because I believe that real men should eat quiche! 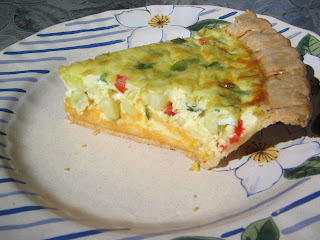 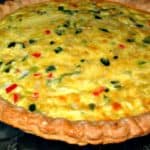