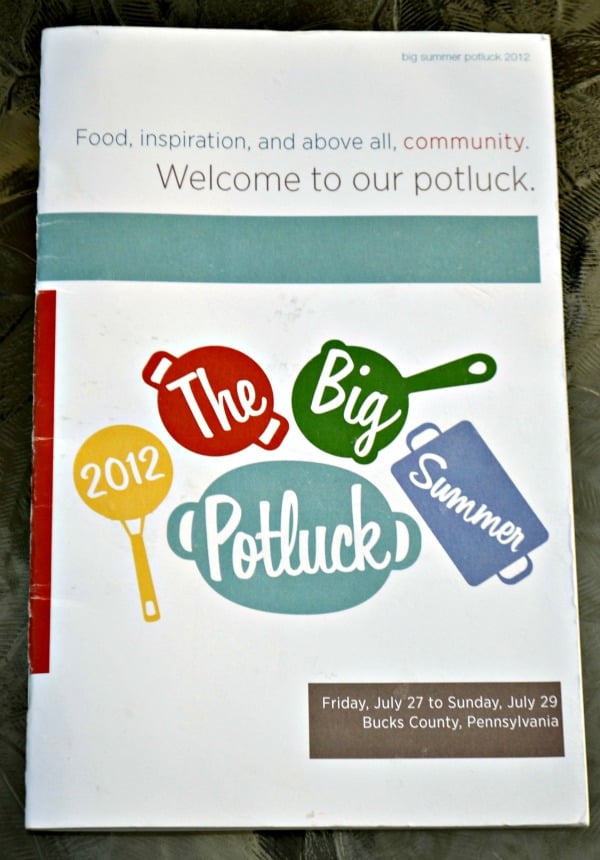 The summer is quickly dwindling away and I am trying to savor the last few weeks. I have not done any blog posts for August but I have gained plenty of great  memories.  My family and I just got back from a week long vacation in Vermont and I ate plenty of cheese and maple syrup to talk about. That will come later as today I want to rehash my experience I had  at the Big Summer Potluck which happened the weekend before my Vermont vacation.

I was lucky enough to find the sweetest roommate Eliana from A Chica Bakes. We actually met a few months ago while eating in a restaurant in Philly. We happened to be seated at tables next to each other and discovered we were both food bloggers. Yes, it's a small world and you never know where you could meet your next roommate to a blogger conference. Actually, I am not sure I should call this gathering a conference.

BSP (Big Summer Potluck)  is much more than a conference. It was a meeting of old and new friends in Bucks County, PA which you could describe as a retreat.  It is put together by Pam, Maggie and Erika who are the best hosts ever.  Pam is so kind and she welcomed 90 people into her house this year by starting with the Friday night fried chicken dinner, and ending at her house again for a Sunday morning waffle brunch.

Of course the food was outstanding. How could it not be? Pam is a New York Times best selling cookbook author and makes much of the food herself with the help of Maggy and Erika. There were over 75 food bloggers who attended and they brought sides, salads, treats and other goodies to share.

I have to confess that I don't have great pictures from this event. I really took everything in as a memory rather than with my camera. The weekend weather was not great but that didn't spoil the beauty of anything.  Just like this picture that I took. It was one of the few pictures I took that  weekend. 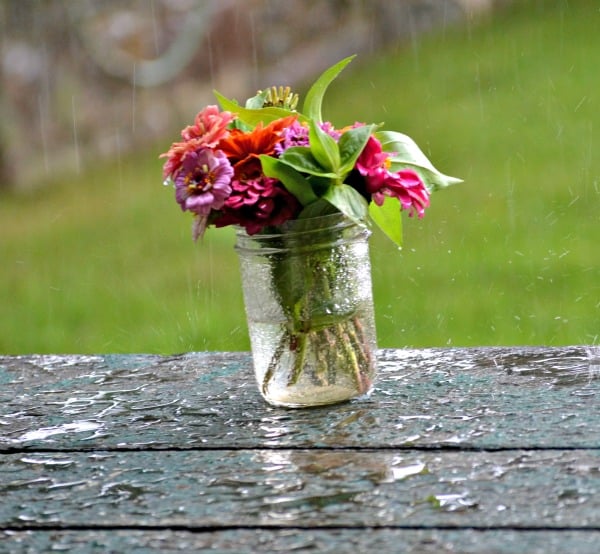 The Saturday event was held at Silver Button Farms and included talks by  Brooke , Joy, Molly , and  Pam. Brooke spoke of mindfulness and being engaged in the present. That is something I can use plenty of tips on. I really need to focus on living in the moment and her talk hit home. Joy gave us a cooking demonstration and reminded us that everyone has struggles and jealousies regardless of what things look like from the outside. Molly talked about her career as a food writer. I took away her advice  of writing everyday even if it’s just 10 minutes. Her 10 minutes of writing each day turned into a book in two years. She was also inspiring in her talk about leaving a big time career at the New York Times to do what she loves the most, not necessarily getting the big paychecks that she has been used  to. Pam, was great as always and spoke to the group on how to make a recipe your own.

We also were treated to a smoked salmon demonstration by Max Hansen. Marissa gave us a canning demonstration on how to make plum preserves.  Many thanks also goes out  to the sponsors of the event which were  Musselman’s, KitchenAid, Kerrygold, Analon, Tasty Kitchen, Green Mountain Coffee, Driscoll’s Berries, Attune Foods and Bob’s Red Mill. They provided us with lots of goodies and helped make this retreat very successful.

Now there is one more thing I want to mention. Last year during BSP2, I observed the Anderson family and their loving ways towards others and their own family.  They are the type of people I want to be like.  Pam and Maggy have an incredible mother/ daughter relationship. I have a teenage daughter and things are not always rosy at our house. My daughter is at the age where there are constant struggles and she is trying to test out her own independence. But when I see Pam and Maggy, I envision and hope that my daughter and I can be like them someday. I am in awe of their relationship and it will be something I strive for with my own daughter as she gets older.

There is so many more good things to say about the people that attended Big Summer Potluck 2012. Just too much to mention. These food bloggers have wonderful hearts and it was a privilege to spend a weekend with them. I can't wait until next year!