Here is my recap of the Atlantic City Wine and Food Festival. Lots of food, wine and fun! 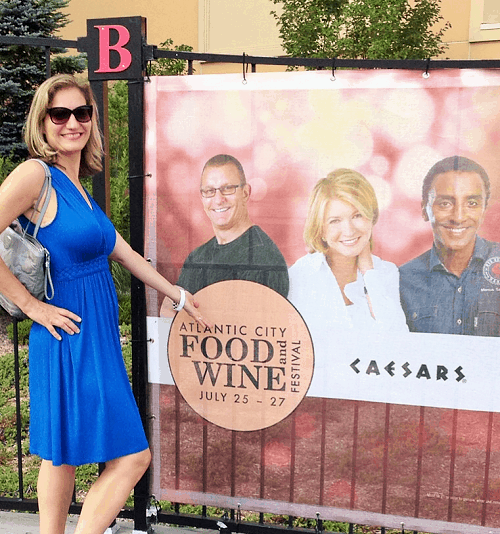 A few weeks ago I had the pleasure of attending the Atlantic City Food and Wine Festival. It was a whirlwind weekend where I ate, drank, socialized and ate some more. I couldn't have asked for a better weekend.

Friday night started off with a media dinner at Martorano's . This is the new Italian restaurant in Harrah's which was opened by none other than south Philadelphian Steve Martorano. The 300 seat restaurant serves food that tastes like your Italian grandmother cooked it. It is now  one of my favorite Atlantic City food stops and restaurants.

At 10 PM, some disco balls go off and the restaurant turns into a night club complete with a dance floor. Martorano's wants you to come for dinner but stay afterwards for the party. I loved the concept and who doesn't need to burn some calories after eating giant homemade meatballs? I highly recommend the restaurant and cant say enough about all the dishes I tried. They have creative cocktails and great wine too. 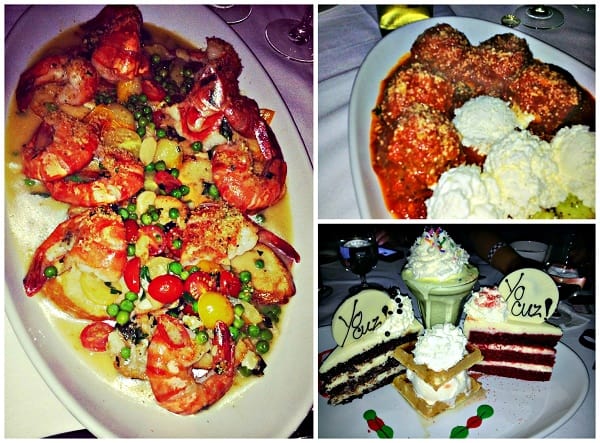 After getting a good night's sleep in my comfty bed at Caesars (and yes I slept in a bit), I was ready to take on some media round table interviews with the headlining chefs. 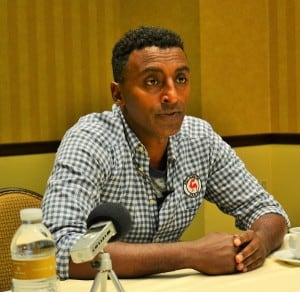 First up was Marcus Sammuelsson. I have to tell you I love this guy! He came to our country with $300 in his pocket and worked himself to the great chef he is today. I have always loved watching him on Chopped but I have even more respect for him after meeting him in person. He is the executive chef at the Red Rooster in Harlem  and talked about how he likes to use spices in his cooking from his Ethiopian roots. He is such an approachable friendly guy and does a great deal for his community. He teaches culinary arts to children for free and gives scholarships to aspiring student chefs. He is just an all around great guy! 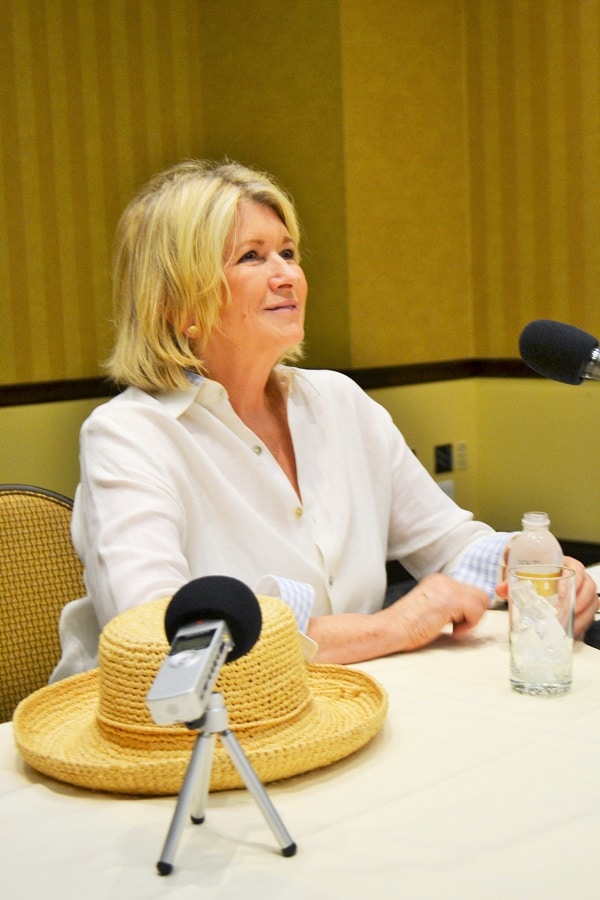 Next up was a round table with Martha Stewart who was a special guest at the festival. She looked as polished as ever and talked about being happy to be back in New Jersey since she grew up here. My question to her was whether she thought the NJ tomato was superior to others. I also asked if she could grow as good of a tomato in Connecticut. She said she could not. Martha's dad grew tomatoes and there was nothing better than a tomato picked in Jersey soil. I rest my case!

Chef Robert Irvine was another one of the festival's hosts along with Chef Samuelsson. He just breathes energy! This was not the first time I have met him and he is always friendly and loves interacting with his fans. He spoke about his love of healthy cooking and how he loves to influence his food choices to others. I liked hearing about his TV shows, line of nutrition bars and work he has done for the military. He is a very passionate chef that commits himself to his work. Lucky me had my picture taken with him. 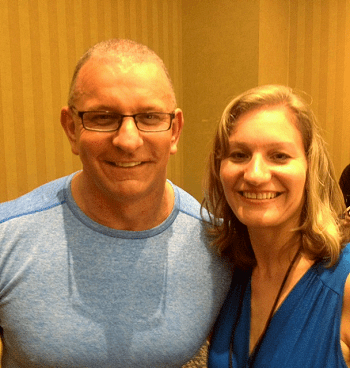 After the roundtables, I enjoyed a sea side lunch cooked by Chef Samuelsson. It was the best fried chicken with collard greens I've ever had. The roasted red pepper sauce was in a cute glass and I could have drank it all by itself. So good! 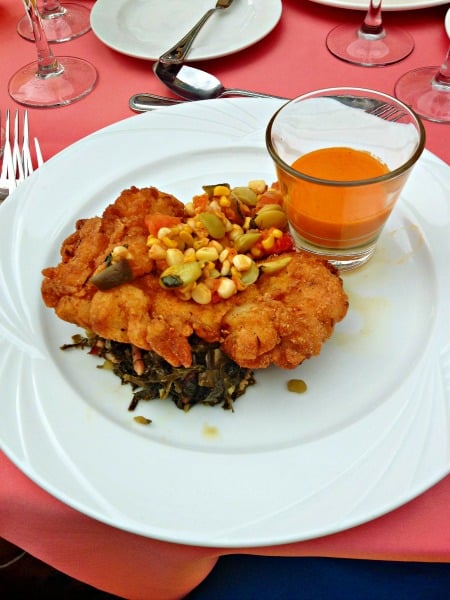 Saturday night I attended both the Grand Market and Clam Bake events at the Atlantic City Food and Wine Festival.  The Grand Market was set up to have a little taste of everything. There was plenty of wine while you strolled from tent to tent. 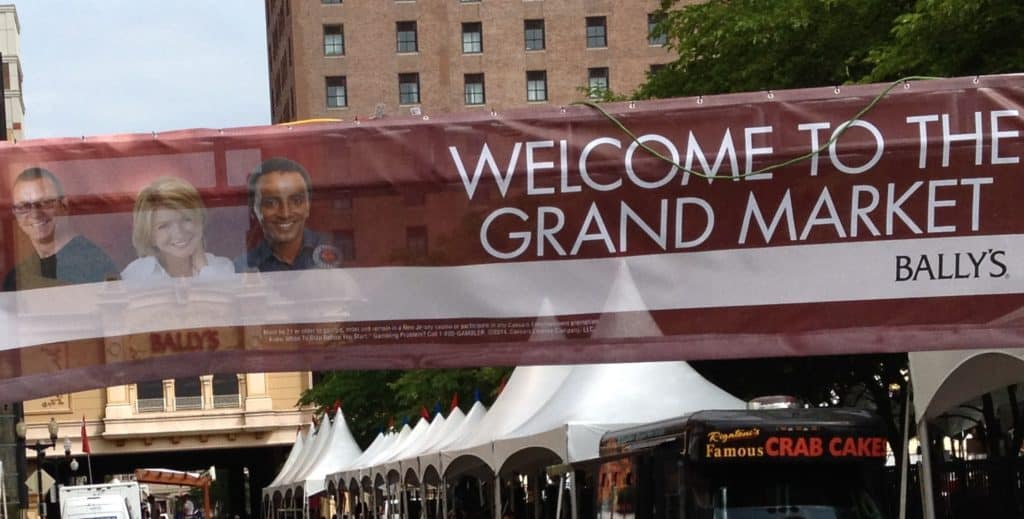 The clam bake was delicious! It was beach side and live music could be heard while enjoying the fresh seafood which included a whole lobster, mussels and clams. There was also plenty of cold beer, salads and scrumptious desserts. 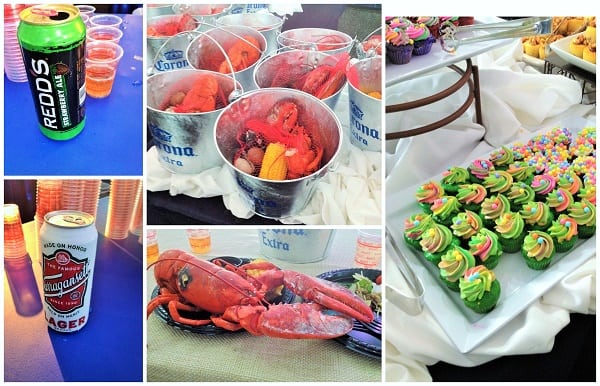 The weekend was one to remember and I recommend making plans to attend this fun event next year.

****For full disclosure, I received complimentary tickets, hotel and meals to the Atlantic City Food and Wine festival as a member of the media for me and a guest. As usual, all opinions are my own.